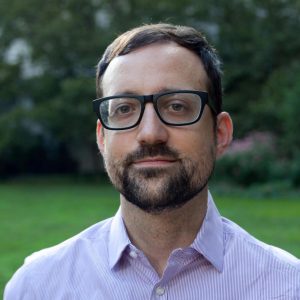 Frampton Tolbert: The Director of Development and Communications for CUP – the Center for Urban Pedagogy – Frampton Tolbert has worked for more than 15 years with arts and architecture organizations. Previously, he was the Deputy Director of the Historic Districts Council, the advocate for New York City’s historic neighborhoods and worked as an Associate Campaign Manager at the Brooklyn Museum and as Membership Associate at the Philips Collection in Washington, D.C. Tolbert is on the board of the Victorian Society in New York and Vice President of the Recent Past Preservation Network. He is the recipient of a NYSCA Independent Projects grant for documentation of regional and vernacular modern architecture in Queens. 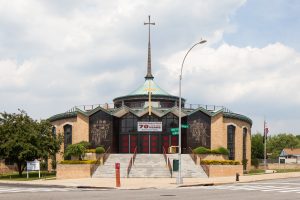 Modern architecture has gained increasing visibility through exhibitions, publications, preservation campaigns, and even television. However, the subset of locally and regionally significant mid-century architecture has been less explored, yet is potentially a rich historic resource. In New York City, while Manhattan includes a wealth of high-profile modern buildings by nationally and internationally significant architects, the other boroughs remain undiscovered. Of all the boroughs, Queens showcases one of the most significant collections of regional mid-century design but is largely unheralded. This project seeks to remedy the lack of knowledge about Queens Modernism and promote its history and significance.