The Douglaston and Little Neck Historical Society is dedicated to the preservation of the unique character of our neighborhood.

The Douglas Manor Historic District encompasses the historic boundaries of the Douglas Manor subdivision that was laid out in 1906, and includes 175 acres and 590 buildings.

This district is increasingly threatened by pressure from developers and others who are insensitive to the area’s unique character. Having Historic District status provides some protection from these forces. Demolition, inappropriate renovations and additions have begun to seriously alter the special nature of the neighborhood, eroding Douglas Manor’s unique village-like quality and its special “sense of place.”

New York City has 73 historic districts, but only 5 in Queens, at Douglas Manor, Fort Totten, Jackson Heights, Stockholm Street and Hunter’s Point. These districts include the well known, like Greenwich Village, to the less known, like Longwood in the Bronx, and range in character from the cast-iron commercial buildings of SoHo to the residential streets of Gramercy Park. Prospect Park South in Brooklyn, St. George in Staten Island, and Riverdale in the Bronx are the only historic districts that include single family suburban houses that are similar to Douglas Manor.

If you’ve chosen to live in Douglaston, you’ve probably been attracted by its aesthetic qualities: the lush gardens, lack of fences, the charm of the various houses designed and built over the last century by architects and master builders. Historic district status ensures that this tradition will continue, and that property values will remain intact. 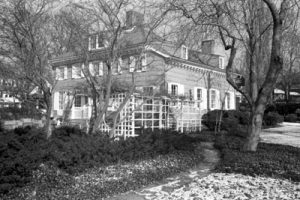 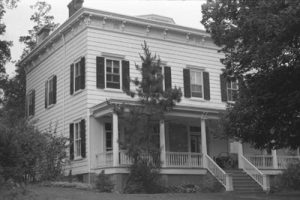