He grew up in Douglaston Park and was a regular at the local firehouse. Now retired from the Washington D.C. Fire Department he has written a local history of our two volunteer fire companies as they transitioned into today’s FDNY. Bob researched the DLNHS archives and found a treasure trove of information. Bob takes the reader step by step through the last 100 years of fire fighting in Douglaston and Little Neck. Below is a press release for his book.

The book is titled FDNY Engine 313 and Ladder 164 and is a history of the local fire departments and the surrounding communities from the volunteer days until the present time. The author is Robert Bingham who grew up on 245th Street in Douglaston Park in the 1950s. The Douglaston – Little Neck area was served by the volunteer fire departments from 1901 until the FDNY built the existing firehouse at 44-01 244th Street in 1929. The old Douglaston Firehouse was converted into an American Legion Hall and is still standing on 235th Street south of the Long Island Railroad station.

While the focus of the book is on the fire service it is interwoven with a sense of what the area was like back in the early 20th century. The volunteer departments in those days were a social center and there are vivid descriptions of the opening day parades and the entertainment of the day. There were minstrel shows, clog dancing, dinners, and grand supper marches. There are many wonderful black and white vintage photographs of the early firehouses, fire engines, memorabilia, firemen and fires through the years.

Many prominent residents were members of the fire departments, one of the founding members and president of the Douglaston Hose Company was the Honorable Denis O’Leary, member of the House of Representatives, 2nd Congressional District.

Included are some old family names and the old street names. The Little Neck firehouse was located at Broadway and Clinton Avenue, now Northern Boulevard and Marathon parkway on the site of the present McDonalds.

The book explores the Douglaston firemen’s world, from firehouse life to heroism and tragedy. It shows the love of their work, their family-like camaraderie, amusing stories, their helping people in peril and saving lives. This book is as moving as it is informative. These are stories from firefighters themselves, which captures the spirit of this historic firehouse. 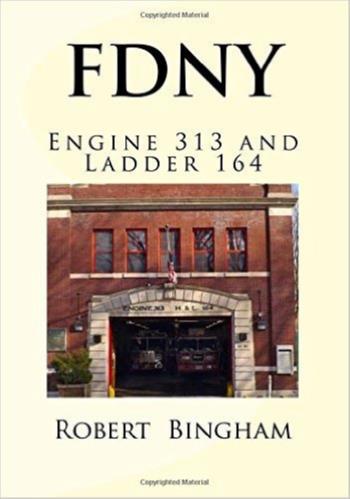