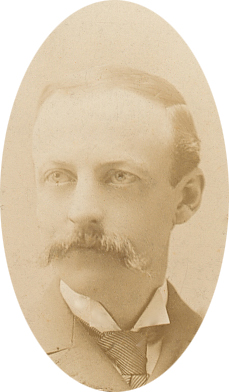 William H. Hamilton, the father of William J., was born in either Ireland or Scotland depending upon which census record is consulted. I suspect that he

was born in Ireland, since the son and his wife were active in local Roman Catholic churches. He married there and emigrated to the United States. They had at least five children, four sons and a daughter. (Reference 2 and 1900, 1910 and 1920 Census). 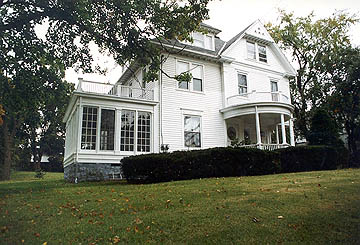 William J. Hamilton and his wife, Josephine, owned a number of properties and constructed several houses in the Douglaston Hill area at the turn of the century. The properties they owned included:

D.O.I. – Date of Instrument
Lots refer to the 1853 subdivision

Their third recorded purchase of property in 1890 from Albert Benz was reported in the newspapers, which described Mr. Hamilton as a successful builder. (Reference 1)

The houses they constructed included:

I believe that they also constructed some houses on Lot 99 on 42nd Ave. (Poplar Street).

William J. Hamilton was born in 1857 in Manhasset. In 1890 he married Josephine, who was born in 1868 in Great Neck. Her parents, James Quinn and Sarah Riley Quinn were born in Ireland and immigrated to America in 1850. William J. and Josephine had four children, one son and three daughters, three born in Manhasset: Malcolm in 1892, Adele in 1895, Helen in 1897; and Regina born in Douglaston in 1903. The Hamiltons moved to Douglaston from Manhasset after the birth of Helen. Regina was born in Douglaston, shortly after Hamilton’s Douglaston Pine Street residence was constructed. The Hamilton household included one servant who was listed in the 1910 (Reference 1) and 1920 census’ as having been born in Russian Poland. Helen married John Russell in 1916 and moved to Flushing. Adele married Joseph Flannery in 1926, Regina married Francis McKeown, and Malcolm married Helen Graham in 1921. Malcolm continued to live in Douglaston at 43-17 242nd Street, a house built by his father, until his death in 1966. He and Helen raised two daughters, Jane Ellen and Mary Elizabeth in Douglaston.

The William J. Hamiltons were involved with local Roman Catholic Churches. Mrs. Hamilton, along with Mrs. Dennis O’Leary, was a patroness of the June 1909 entertainment given at the Flushing Theatre for the benefit of the Sacred Heart Catholic Church in Bayside. (Reference 2). The Hamiltons were also one of the founding families of the St. Anastasia’s Church in Douglaston. (Reference 3).

William J.’s siblings included three brothers, Joseph F., Martin E., and John E., and a sister, Mrs. Joseph Brown (Alicia) . Joseph F. was appointed the postmaster of Manhasset in 1886. (Reference 4) He died childless in 1907 at the age of 45. (Reference 5). At that time, the father, William H. was living in Great Neck. The brother, Martin E. was a carpenter in Great Neck. Martin built St. Maryï¿½s Church in Manhasset. John was a carpenter in Port Washington, and Mrs. Brown lived in Great Neck.

“I am Malcolm Hamilton’s granddaughter, William J. Hamilton’s great-granddaughter. I was fascinated by the information that you have on your web site about my family. Some is not quite accurate (Helen did not die between 1910 and 1920. I do not know if she moved. I do know that she married Jack Russell and had two children), some is missing (William J. Hamilton married Josephine Quinn, sister of Nellie Quinn, who married Dennis O’Leary)
Sarah”

[ The above Family History has since been revised with the help of Sarah. ]